Ben Walker made the career transition from estate agent to recruiter when he joined Altum in 2019. Hear what he learned from the move and his advice for anyone considering doing the same.

What is your role here at Altum? 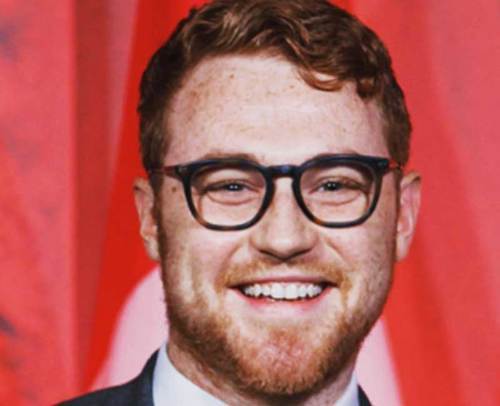 Can you tell me a bit about what you were doing before you came here?

It was quite a journey! Immediately before joining  Altum, I was actually volunteering for the Liberal Party of Canada. I wanted to get out of estate agency and an old friend, who was working at the Ministry of Sport in Canada, invited me to come and do some volunteering with them. So I spent nine months working in various parts of the government, all across Canada - it was really interesting! I got to see a lot of the country and experienced some seriously cold weather. After nine months, I toyed with staying, but friends and family drew me home.

What attracted you to recruitment?

I’d actually done a little recruitment a while back when I lived in Abu Dhabi, but it was quite different, as it was an internal recruitment role. I was given roles to fill by my boss, and I was the only one filling them - it was quite relaxed. After that position, I moved into estate agency. I knew many of the skills were transferrable - you’re doing very similar tasks. Listening to what role or house a person is looking for, discussing what their salary expectations or budget is, sending them to viewings or interviews - it’s very similar. The experience allowed me to hit the ground running and I was able to pick up the business development side of things very easily.

And what drew you to Altum specifically?

That’s an interesting one! When I came home from Canada, I had seven house viewings on the Monday and seven interviews on the Tuesday. It was an intense, busy time, and Altum was the last interview of the day. It wasn’t a traditional interview like I’d done with the others, this was a recruitment evening. There were about ten of us, and we did different activities, met all sorts of people and rather than being asked to sell ourselves, we learned about what Altum could offer us. I was really drawn to David when he spoke - he was so genuine as he explained Altum’s honest, consultative approach. Having worked in an estate agency, it was just what I was looking for. Altum really stood out for me, not least for the beautiful offices! When they offered me the position, especially for the team specialising in the charity sector, I couldn’t say no.

What would you say are the three skills you brought when you switched from estate agent to recruiter?

And what are the main challenges of the career move?

The biggest learning curve for me was in understanding the terminology in my sector. My brother is an accountant, so I spent a lot of time asking him about the terms, the qualifications and the typical career paths. If you’re new to your sector, that learning curve can be steep, and you have to overcome it to really understand what the client needs.

Also, starting in a new team meant we had the additional challenge of speaking to people who hadn’t heard of Altum, let alone me. We had to win their buy-in, and with the work we do for charities through the Altum Foundation, that really helped to get us a foot in the door.

What advice would you give to someone wanting to switch from estate agent to recruiter?

Study the sector you’re recruiting in. That’s what I did, every night. I wanted to know the accountancy world back to front.  Once you start picking up the terminology, it’s going to be a lot easier. When you can show that you understand where they’re coming from, you look a lot more credible. If it’s possible for you to do recruitment in a sector you’re already familiar with, that will be a big ‘leg up’.

Just go for it. Some people may be holding back because there’s a perception that recruitment is all very competitive. Not all recruitment consultancies are the same. At Altum, there really isn’t anyone here I don’t get on with - we’re a team and we help each other. If you’ve worked in sales, you’re happy doing business development and managing relationships with your clients, you’re going to do well.